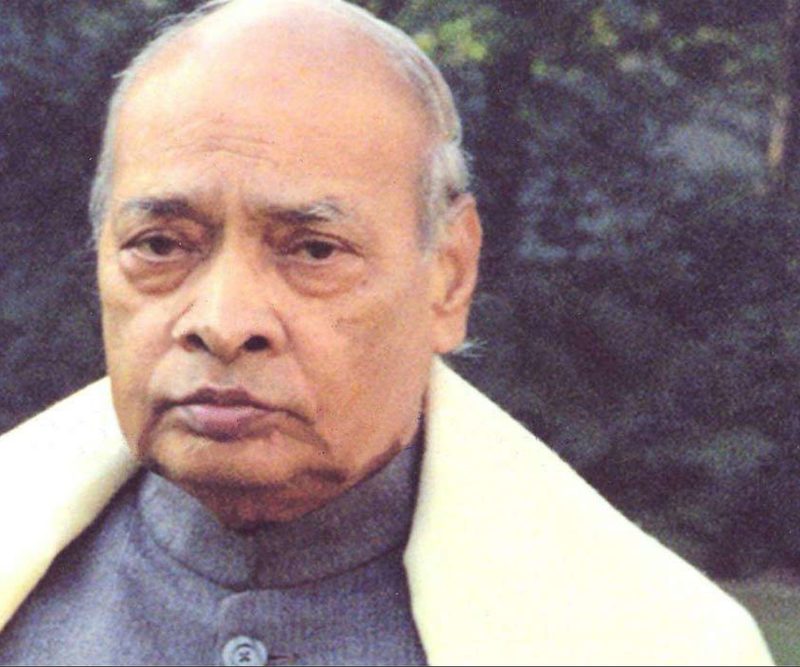 Note: This article was published in The Statesman, 12 April 2007 and is reproduced here on the birth anniversary of the Late PV Narasimha Rao

Prime Minister Dr Manmohan Singh paid rich tribute to his political mentor, the late PV Narasimha Rao (PVNR) and drew attention to one of the less acknowledged contributions of PM Rao. Speaking in Delhi on March 31, Dr. Singh observed: 'As I saw him from close quarters, he (PVNR) was truly a sanyasi in politics. He was a modernizer who was steeped in our tradition and ethos. He was a rare scholar, statesman who gave a new sense of direction not only to our economic but also foreign policies.'

While PVNR's courageous role in ushering in India's economic and trade liberalization no doubt ably assisted by Dr. Singh as then Finance Minister is well documented and universally acknowledged, the manner in which India's strategic and foreign policies were reoriented by him with astute perspicacity merits recall. PVNR became the unlikely choice for what may be termed the loneliest chair in India in June 1991.

The Cold War was in its last phase but few could have anticipated the manner in which it would finally end in December of that year. The US had just emerged triumphant from its war for Kuwait and the moment of extended uni-polarity had commenced.

But India was perhaps at its most vulnerable in its 44-year-old history. The country faced unprecedented political uncertainty and internal turbulence. The assassination of Rajiv Gandhi in May 1991 in a terrorist attack highlighted the internal security fragility and India's forex reserves were at an all-time low. The ignominy of having to physically lift bullion to obtain credit pushed India against the ropes and the national psyche was at its most vulnerable. It was against this backdrop that PVNR assumed office as PM and soon stabilized the Indian ship of state.

The major strategic/ security and foreign policy changes wrought by him may be disaggregated along three strands: India's post Cold war orientation; husbanding of the nuclear programme; and radical shifts to long-held foreign policies. The sudden collapse of the former USSR in December 1991 and the end of bipolarity was captured in the defining image of a defiant Boris Yeltsin standing atop a tank.

The Soviet Union became 'former' and joined the detritus of imperial history. This tectonic shift in the global systemic plate left most capitals disoriented and in a state of denial or shell-shock. India was no exception. Yet despite the initial hesitation in welcoming the nascent birth of democracy in a shrunken Russia, India under PVNR was able to restore the balance in its relations with Moscow and the overtures of the sole superpower the USA.

The latter had become overzealous in the regulation of WMD thanks to the Iraqi Scud missile scare in the war for Kuwait (Operation Desert Storm) and the pressures on India began to steadily mount. The unmistakable US intent during the early Clinton years was to 'roll-back, cap and eliminate' the fledgling Indian nuclear capability. More recent narratives of the Indian nuclear programme suggest that apart from the PM of the day, only President Venakataraman and PVNR were in the loop as it were and to that extent the latter had a very astute understanding of how India was to resist these pressures.

PVNR's mandate to his pugnacious Foreign Secretary, Mani Dixit, was to 'buy time' and by 1995, the Indian strategic programme was both protected and nurtured so much so that when the CTBT pressure was building on India, PVNR actually planned a nuclear test in December of that year a good 30 months before the Shakti tests of May 1998. Nuclear guru K Subrahmanyam, who met PVNR in the preparation of the Kargil Committee report, notes that PVNR played a major role in appropriately operationalizing India's nuclear deterrent at a crucial juncture.

History will recall that PVNR enabled India's current strategic profile in no small measure with his ambiguity and perspicacity. At the global level, PVNR was perhaps the first leader to caution the global community about the new nuclear challenges the world confronted. His January 1992 speech at the special summit of the UN Security Council that was convened to take stock of the post Cold War flux was prescient in its scope and depth of insight.

PVNR was the first leader to warn the UNSC of 'this imponderable yet terrible scenario' that would be created by the 'uncontrollable spread of ready-made nuclear weapons across the globe by a variety of means and methods.' The AQ Khan iceberg and the emergence of the non-state actor determined to seek nuclear know-how became a grim reality a decade later but the vision of the man was accurate even if his words fell on deaf ears.

In foreign policy, PVNR is associated with two radical shifts the recognition of Israel and the rapprochement with ASEAN. Notwithstanding India's traditional bonds with the Arab world and its long standing commitment to the cause of the Palestine people, the end of the Cold War and the resultant security compulsions impelled India's decision to recognise Israel formally in 1992.

Israel's relevance in the Indian security matrix was swiftly noted and here was a case of security requirements leading foreign policy orientation. The 'indecisive' PVNR was quick to bring about the necessary changes. That this paid handsome dividends in Kargil in 1999 when the Indian military received valuable niche support from Israel is part of the Indian record.

It is apropos ASEAN that there is a personal chord as far as PVNR is concerned. During the Indira Gandhi and Rajiv Gandhi years, PVNR as Foreign Minister faithfully implemented national policies towards ASEAN as a collective and individual states such as Myanmar. India's perceived national interests placed it at odds with the larger US supported ASEAN grouping and Cambodia was a case in point. However after the end of the Cold War, the far from charismatic PVNR was able to reach out to ASEAN leaders such as Singapore's Lee Kuan Yew and others and redress the estrangement.

Finally under PVNR's stewardship, India embarked on its 'look east policy' and his speech at the Institute for South East Asian Studies in Singapore in September 1994 lays out the rationale and template for India's ASEAN policy that is as relevant today. Bilateral relations that hit an all-time low with Myanmar's military leadership in the Rajiv Gandhi years were normalized during the PVNR watch since the national security interest so dictated.

In the regional context, PVNR was able to steer foreign policies with China, Pakistan and Iran with quiet dexterity. His August 1995 reference to the 'unfinished' business of Partition sent a clear message to Islamabad that despite the terrorism challenges the nation faced, Delhi would remain resolute. As one senior civil servant of the period recalls, 'PVNR despite the image of prevarication, always kept his eye on the ball as far as India's national interests were concerned.'

Interestingly the late PM had an acute understanding of the obduracy of the Indian bureaucratic octopus and its resistance to any change and he mentioned this internal challenge to this author in his later and lonelier years. Yet it is to PVNR's credit that to a great extent he created the necessary consensus both within and outside the system.

In the popular memory, PVNR's legacy will always be tainted with the Babri cross. But Dr Singh's tribute burnishes the image of his sanyasi mentor in a manner that the latter would have perhaps approved accurate, objective and detached. And in the daunting challenge of the strategic and foreign policy re-orientation that the country is now poised on and the inherent loneliness of his chair, Dr Singh may well find many correspondences with the stoic PVNR experience.