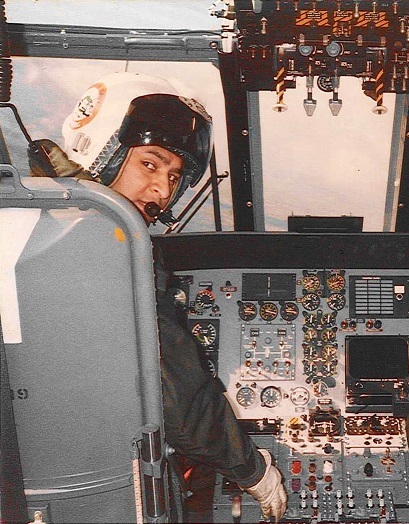 Early this month, we received a sad communication that Commodore Subodh Purohit, a highly decorated Officer, passed away in a hospital in Pune, at the age of 72. His end came about two months after he was hit by a motorcyclist after returning from an errand.

Subodh was the younger brother of the late Rear Admiral Suhas Purohit and the families had settled down in Pune. Their father, Prof VL Purohit, was a respected Professor of Physics, in the Fergusson College, in Pune .  This pedigree perhaps  resulted in both the sons being highly intelligent and objective in their approach to any issue that confronted them in life.

The younger Purohit had a very keen eye for anything, mechanical or electrical. He joined the College of Engineering in Pune and would have completed his Engineering had it not been for the call of the Navy, where he was selected as a Direct Entry Officer with the 'R' batch. He was commissioned on 20 Dec 69 and served his full term of 35 years, retiring on 30 Sep 04.

Subodh however, had a love for aviation and transferred to that Cadre joining the 103 Pilots course in the Air Force. On his return to the Navy, he was posted to the 551 Squadron and later transferred to the newly inducted Sea King squadron under the eagle eye of Commodore Ravindranath (7th NDA course).

Commodore Ravindran remembers him very fondly as a very keen pilot and professional who had a driving urge, to learn more about every aspect of the aircraft. It was this driving spirit that kept even his seniors on their toes with his questioning every aspect of flying and maintenance. Later on in his career, his trainee pilots or even those posted in his squadron would swear by his competence. He was a hard task master but one loved for his relating to his juniors making them professionals. Subodh joined the Navy but did not want to do anything other than flying. For this, he was willing to forgo a career at sea, that would have catapulted him in the higher echelons of the service.

In recognition of his flying proficiency and in depth knowledge of aircraft systems he was selected to do a year long course in the United States in the 'USNTPS' (United States Navy Test pilot School) at the Naval Air Station, Patuxent River, in the State of Maryland. This course was in 1979- 80. In this course he flew the Phantom jet, the Boeing 737 and other platforms  before graduating to rotary wing aircraft, such as the Chinook. In this course he stood 7th overall, in merit, out of a course strength of 31,owing to his in depth knowledge of telecommunications, equipment and mathematics. I believe he was the first test pilot of the Indian Navy.

On his return to India, he was sent on a delegation to France and Italy to evaluate the Navy's acquisition of an advanced ASW helicopter. Nobody in the service could doubt his credentials. Notwithstanding his recommendations, the newer version of  the Sea King was acquired.

Subodh went to graduate to commands in the Aviation field, which included the Naval Air Station, INS Shikra in Mumbai. In all his postings he added value to the operational capabilities of the flying assets placed under him. However, earlier in his career he was put to the most exacting test of all, an emergency and ditching of SeaKing 503, about 120 nautical miles from Kochi. While not going into the details of this incident it would be mentioned that this was his defining moment of leadership that he displayed in a life threatening situation.

The young Purohit  then in command of SeaKing 503 had been sent to do a trial run from Kavaratti Island to Kochi for a VVIP visit.  On 01 Jan 1981, while on Kavaratti Island a fault in a system was detected. However, in consultation with his HQ's in Kochi it was decided to make the return trip, where the defect could be rectified. They departed Kavaratti at about 1700 hours and attained an altitude of 8,500 ft. Suddenly, the aircraft went into an uncontrolled vibration. With his presence of mind Subodh brought her down to 200 feet before it ditched into the sea.

However before hitting the water he deployed the floats that saved all their lives. Since it was near dusk the situation was alarming but the observer, on board, keeping his cool sent out an SOS. During their seven  hour ordeal, before they were rescued, Subodh displayed the highest sense of leadership encouraging and calming any fear that might arise in the crew who were literally adrift in the high sea. It was their good fortune that INS Betwa, responded quickly to the SOS that was transmitted. For this Subodh was awarded the Shaurya Chakra.

His juniors and contemporaries recognised his professional competence when as CSO(Air), he learnt copiously  about every system in all aircraft as it was their job to go into every accident (COI) in detail, giving their views. It was his stringent checks and balances and most importantly his eye and inclination to detail, that made Naval Aviation a safer place for all that would follow. For this, he was awarded the VSM.

Subodh was selected for the 38th,National Defence College Course in New Delhi in 1998.He retired from service on 30 Sep 2004. On his retirement from service, he did what he always wanted to do and that was to enable the uplift of the underprivileged and worked for the Give Foundation, Mumbai and Children Future India that focused on adivasi children. He also worked with a CII sponsored NGO, to help sick industries and small scale businesses get back on their feet. This was apart from being a Consultant in some aviation organisations.

Subodh leaves behind his wife Neelu of 45 years. His son Parees, works for Goldman Sachs in Mumbai and his daughter Parinita, runs a design and branding Company in Mumbai. Both are married and the joy of the Purohit family   is their 11 year old grandson, Sahel.

Along with other veterans who have reached out,  I offer my condolences to the family and particularly Neelu, praying that they may tide over these very trying times and stand tall as Cmde Purohit  would have expected them to do.