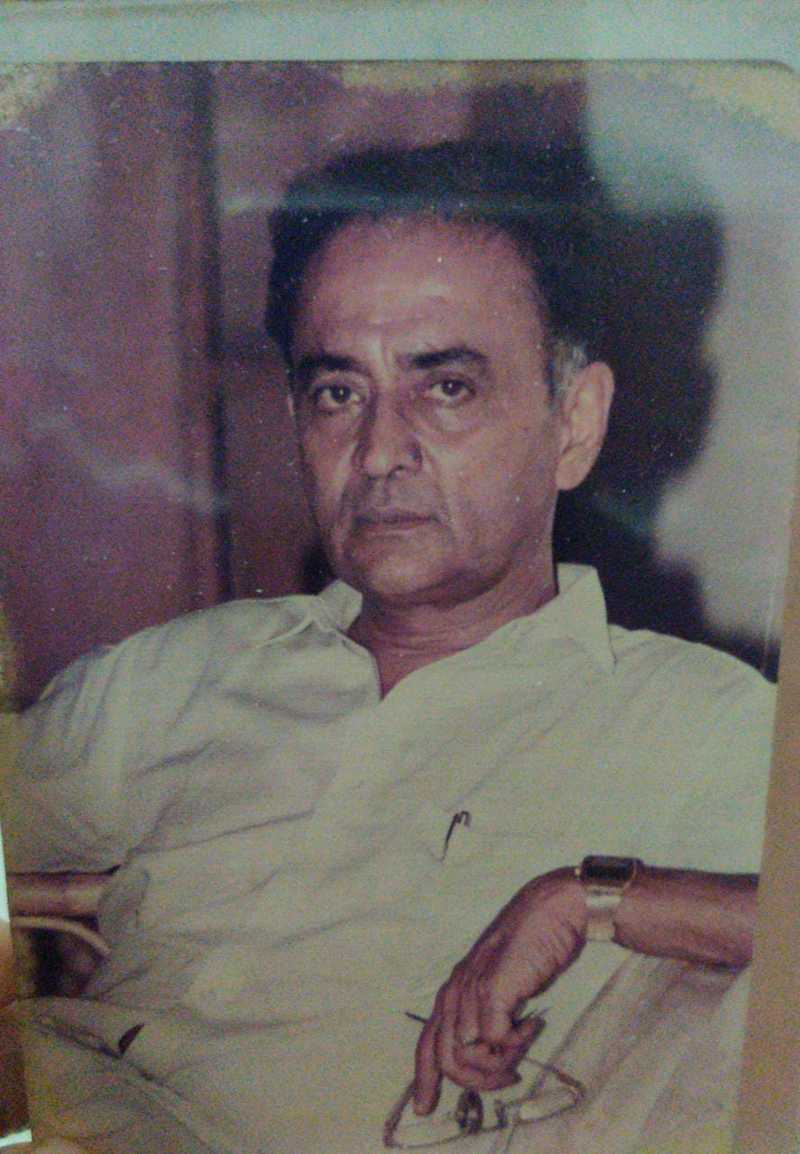 Recently there was a huge loss to the Naval fraternity which was reported from Kanhangad, Kerala. This was an illustrious Officer who did the Navy proud. Apart from his grieving family, he leaves behind fragrant memories of a service life well spent where he made close friendships with all he came to serve with, even the cadets who hero worshipped him.

Madhu as he was affectionately known as, came from a well placed family and in those days (in the Raj) his father, Mr. CKN Panikker, retired as an Assistant Inspector General of Police. His ancestral home in Coimbatore was named, Ayodhya, with many rooms that accommodated a very large Joint family. He and his elder brother went to the Staines School in Coimbatore, from where both of them joined the Joint Services Wing in Dehra Dun, even then known as the NDA. In those days, there were four Squadrons (A-D), with each having two/three Divisions. Later, two more Squadrons were added, E and F. His elder brother Vijay joined the 3rd course and Madhu the 8th course. He was assigned to C Squadron in the 9th Division. This was in July 1952.

Madhu excelled in academics, whereas his brother excelled in academics and sports, earning a blue in many games. Whilst in the JSW, Vijay while undergoing a river crossing exercise near Chakrata, in the Himalayas, rescued another cadet who was drowning, by risking his own life. The cadet was saved but in the swirling waters Vijay went down in circumstances not clear to date. It was then that Commodore V Ravindranath, who was from the 7th course became close to Madhu, to console him and indeed his family. They remained friends for life.

As was the syllabus in those days after 4 terms, the Naval cadets, went on to do another 2 terms in Naval subjects. On completion, he did his Cadets time on INS Tir, followed by his Midshipman's time. He was commissioned on 01 Jan 1957.Thereafter he underwent the Sub Lt's courses in Cochin.

As a young Lt, he was selected to be the Naval ADC to the Governor of Kerala, Shri VV Giri, where he spent a happy two years being a part of the extended family of the Giris. Immediately thereafter, he was selected to undergo the Long ND course followed by a number of sea appointments. Whilst serving afloat (INS Beas), his ship was directed to go to the rescue of a merchantman that was reported sinking in rough seas in the Gulf of Cambay. He managed to rescue the Master who was the only Officer on board as the crew and  other Officers abandoned the ship and made their way to shore, in their sea boats. He was awarded a Nao Sena Medal (Gallantry).

Madhu served on a number of seagoing vessels, not being appointed ashore, till his later years. He was the Navigator of INS Khukri, Direction Officer of INS Vikrant, Executive Officer INS Beas and Commanding Officers INS Cauvery. Being bent towards tactics and Operations he did a tenure at the Director of Tactical School, in Kochi .It was there that he and Commodore V Ravindranath, evolved tactical instructions for operating Sea Kings with the Fleet. This document was called the Sea King Operating and Tactical Instructions. It since became a reference document, much like other Tactical publications. From there he was selected for a three year tenure as the Deputy Naval Attaché in London from 1969 to 1972, with Admiral Rusi Ghandhi, as the Naval Attache. Here too, he was instrumental in getting the Sea King Squadrons taken over and again came into contact with his old friend Commodore V Ravindranath.

The high point of his career was his appointment as the Director of the Submarine Arm, not being a submariner himself.. Whereas no one could challenge his professional acumen, he unfortunately lived at a time when the HDW submarines from Germany were to be inducted. There were very strong political forces backing various competitors, but he stood firm on what the Service thought was the best option. In a critical meeting convened by the then Defence Minister, Indira Gandhi, he emphatically stated, that he believed that the Service had all the necessary wherewithal to finalise the tenders, but in case anybody (the Bureaucracy) in the room could  make any value addition and recommend another manufacturer then he would be glad to re consider the case. There was pin drop silence and Indira Gandhi called for the file and just signed her approval. And that was that.

Later on this deal became controversial, because of political intones and doubts were raised about pay offs to political parties. The Navy however was found to be totally clean and absolutely no doubts were raised about the selection of HDW. To date this submarine has proved her worth in the Navy's under water fleet and once again this submarine is being built in the MDL.

While there was a happy ending to this tale, yet Madhu was disillusioned and put up for premature retirement in 1981.He stayed on in Delhi as a Consultant, as his wife, Sarojam (Thangam) who had by then become a computer software specialist, was employed by T.I.&M Sales Ltd and also Hindustan Everest Tools. She then started her own consultancy and tutored a number of students from the IIT (Delhi). A decade or so later, they retired to his wife's ancestral home in Kerala, where they ran their rather large estate.

Madhu leaves behind a large family, who will miss his presence, but his daughters who schooled in the Lawrence School, Lovedale are well settled. His elder daughter Sunita is married to a Chartered Accountant. His younger daughter Saraswati is married to a Professor in a Medical College. The girls live separately in different cities, but are very close as a family. A whole lot of youngsters, who served under him, will remember him as a man with a very kind heart, a sense of humour and a kindly disposition. Sir, you have left an indelible mark in the service you so faithfully served. We are sure that you would walk in the light in your eternal home.